The employer was disappointed with the calibre of employees they were hiring using their current recruitment process. Employees who would be working on specific aircraft had to undertake and pass a demanding and costly training course, however their pass rates were sitting at around 68%. The company wanted to improve this pass rate to justify the expense of recruiting and training their new recruits.

After adopting the cognitive aptitude assessment, the training pass rate increased from 68% to 92%, which represented an increase of 35%. These vastly improved training pass rates resulted in significant time and money savings for the company.

The company started using the cognitive aptitude tests as a critical step in their hiring process and would only advance candidates who demonstrated a sufficiently high level of aptitude. This in turn led to significant cost savings and more qualified and productive employees. 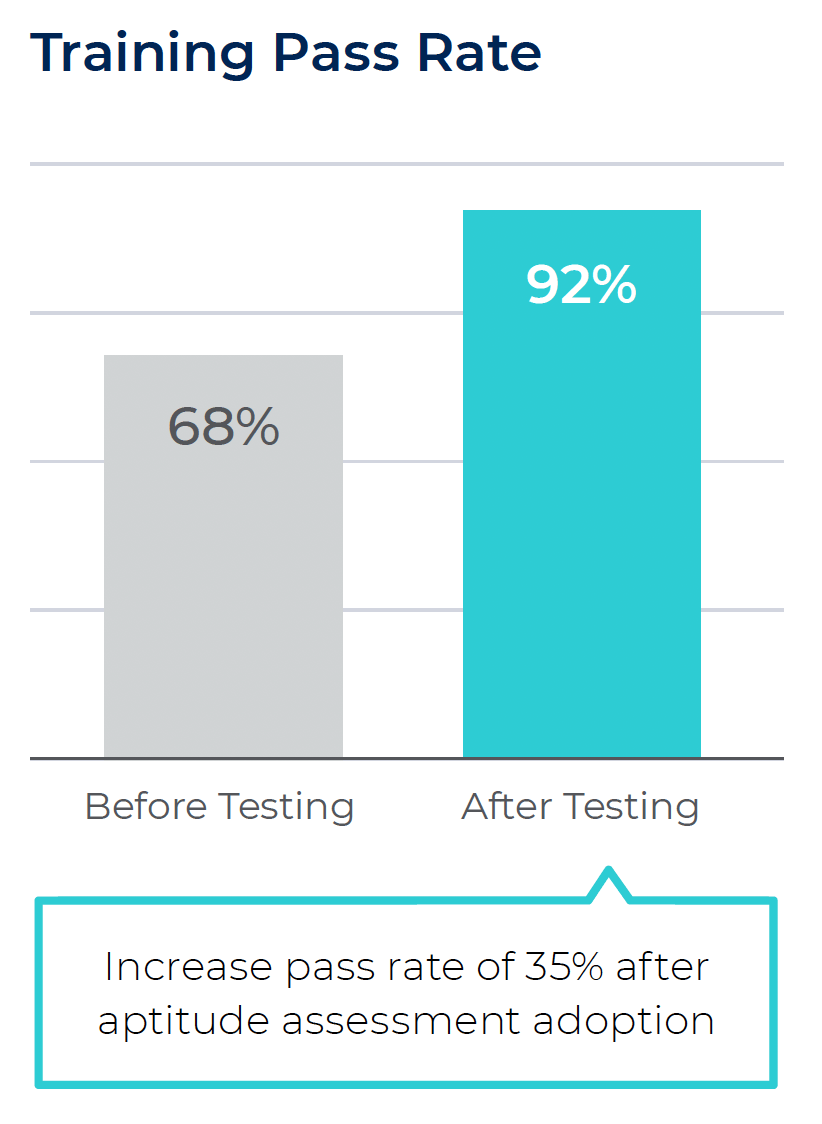