SafeSelect offers its customers a proprietary Risk Prediction Index (RPI) which indicates each employee’s level of risk based on work style, selfcontrol, psychological adjustment and how the employee works with others. They wanted to see if Cognify, our game-based assessment of cognitive ability, could replace the five different tests they were using to assess reading comprehension, verbal and numerical abilities and IQ.

They began using Cognify and immediately enjoyed process efficiencies by reducing the testing time from 1.5 hours to 30 minutes. Cognify also provided a more engaging and positive testing experience for candidates, positively impacting assessment completion rates. At the time of writing, SafeSelect has assessed over 5,000 candidates and developed four industry benchmarks. They decided to analyse data from employees in the public utility sector, to identify correlations between cognitive ability (as assessed by Cognify) and the propensity to perpetuate violent behaviour at work. Lowered cognitive ability has been associated with an increased risk of violence due to increased interpersonal difficulties, a reduced capacity to learn from past behaviour, increased likelihood of being a victim of violence and greater carelessness in avoiding detection.

"We see Criteria as setting the benchmark for psychometric assessment best practice and innovation and are really pleased with the value Cognify has added to our client offering."

The results were illuminating: a clear relationship existed between lower cognitive ability and violent behaviour at work, with 42% of the employee sample that had perpetuated violence at work demonstrating lower cognitive ability. As a result of these findings, Cognify is now a core component of SafeSelect’s RPI offering, with more than half of their clients using the assessment, and a goal of all clients benefiting from its inclusion in the future. 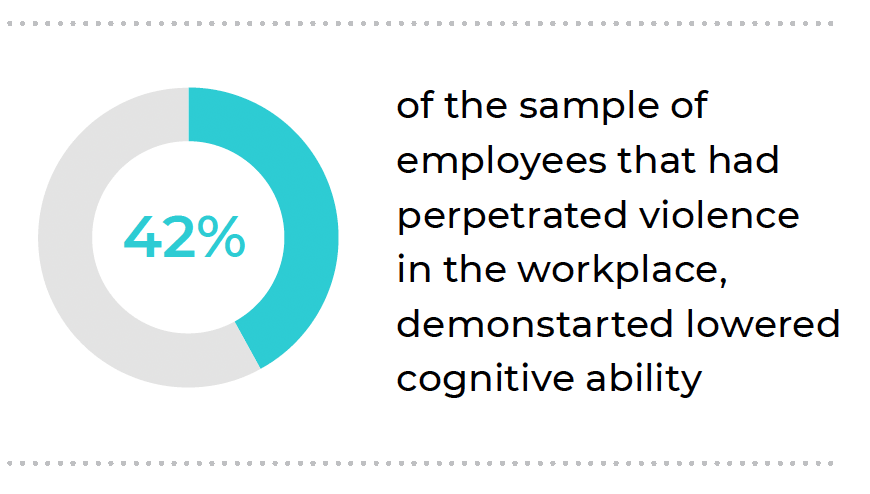