One of Australia’s largest telecommunications providers is continually seeking to improve its customer service offering. As the company’s call centre is responsible for the majority of its customer interactions, they wanted to find a way to identify high performing Customer Service Representatives (CSRs) before hiring.

The company used a cognitive aptitude assessment to screen their call centre applicants. They then conducted a study to evaluate the effectiveness of the assessment when compared to other more traditional (time-consuming and expensive) screening methods, including interview ratings.

We collected data from 259 employees over a six-month period. Analysing this data showed strong relationships between employees’ performance on the cognitive aptitude assessment and their subsequent performance at work. 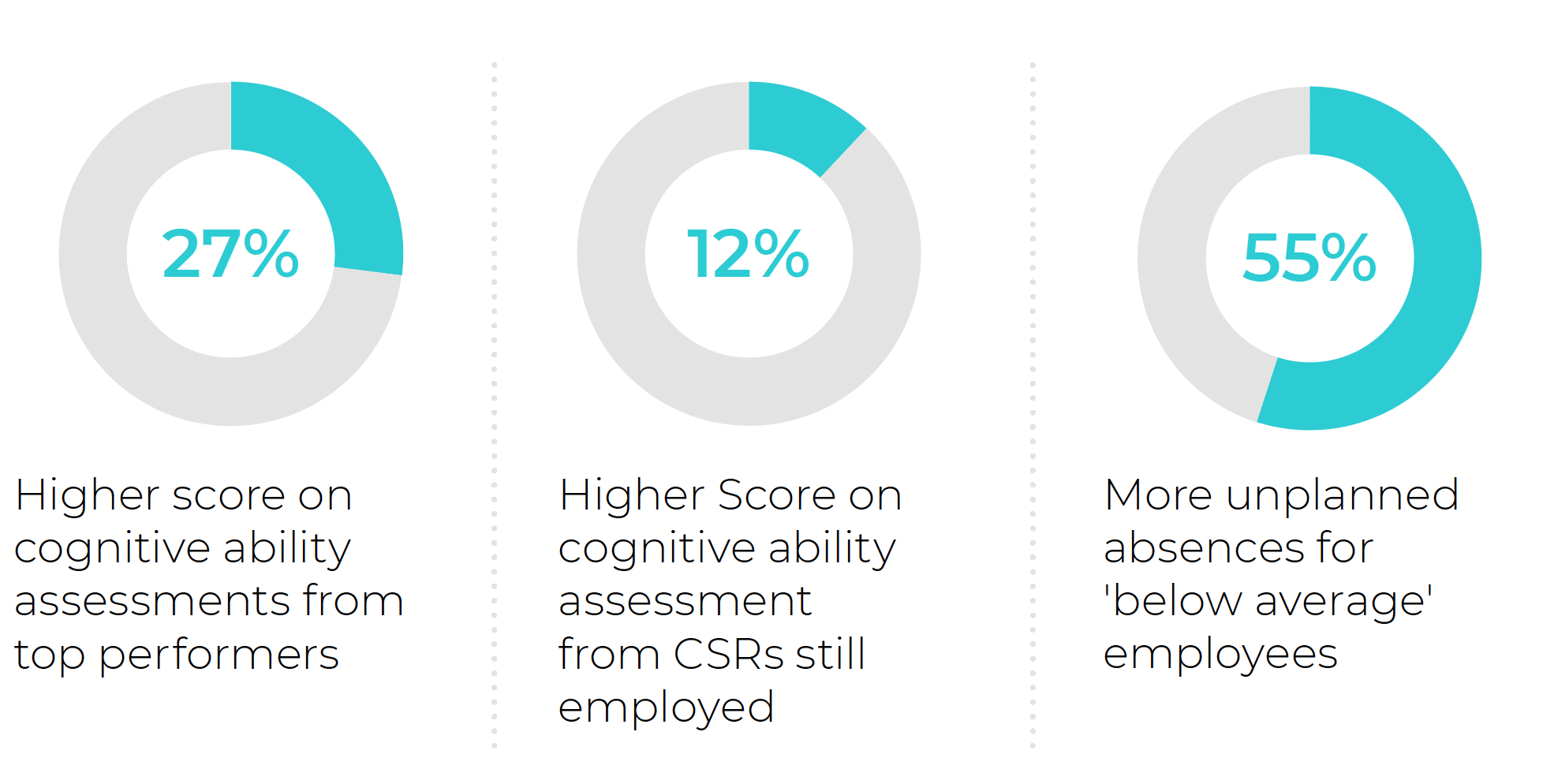 Each manager was asked to assign the employees an overall performance rating from 1 (does not meet expectations) to 5 (exceeds expectations).

CSRs who were still employed at the end of the study scored 12% higher on the cognitive aptitude test than those who were dismissed.

CSRs who received a 'below average' score on the assessment were responsible for 55% more unplanned absences than those receiving a score of 'average’ or above.