A consulting firm wanted to drive better job performance and retention for its analysts. Within this role, analysts were responsible for conducting thorough research of a particular industry in order to provide consultative advice regarding business strategy in that market space. A challenging and demanding role, successful analysts needed to possess strong critical thinking skills and needed the motivation to work independently in order to meet their objectives. The company typically hired entry-level applicants who had recently graduated from college.

The company began to administer the Criteria Cognitive Aptitude Test (CCAT) and the Employee Personality Profile (EPP) during the hiring process for the analyst position. The CCAT is a cognitive aptitude test that measures critical thinking, problem solving, and the ability to learn quickly. The EPP is a personality test that evaluates individuals across 12 different traits and matches their profiles to various job types. For this study, the company matched analyst test scores with the Analyst Match on the EPP.

After the analysts had been working for some time, the company compared their test scores on both the CCAT and the EPP with a couple of key metrics, including overall job performance, retention, and number of promotions.

The company found that results from the CCAT and EPP were highly correlated with success across a variety of key metrics. The analysts’ CCAT scores were highly correlated with overall job performance (r=0.46). In particular, analysts who had received a high CCAT score (37+) were 7 times more likely to achieve a high overall performance rating. (Performance ratings were based on a manager-assigned score on a scale of 1 to 5).

The CCAT was also strongly correlated with the number of promotions an analyst received (r=0.23). High CCAT scorers were 7.6 times more likely to be promoted multiple times as opposed to one or fewer times. 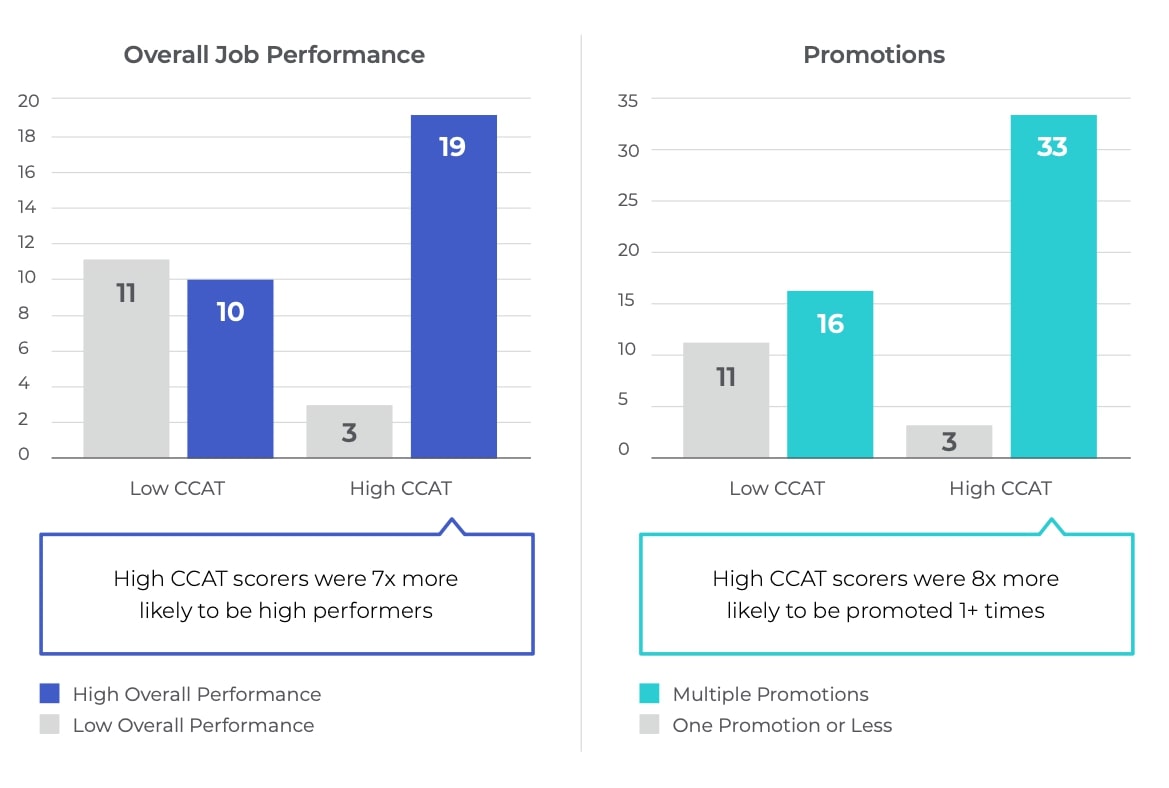 The EPP was found to be strongly correlated with retention at the company as well (r=0.21). Analysts who received an Analyst Match percentage of over 89% on the EPP were 2.5 times more likely to have remained at the company. 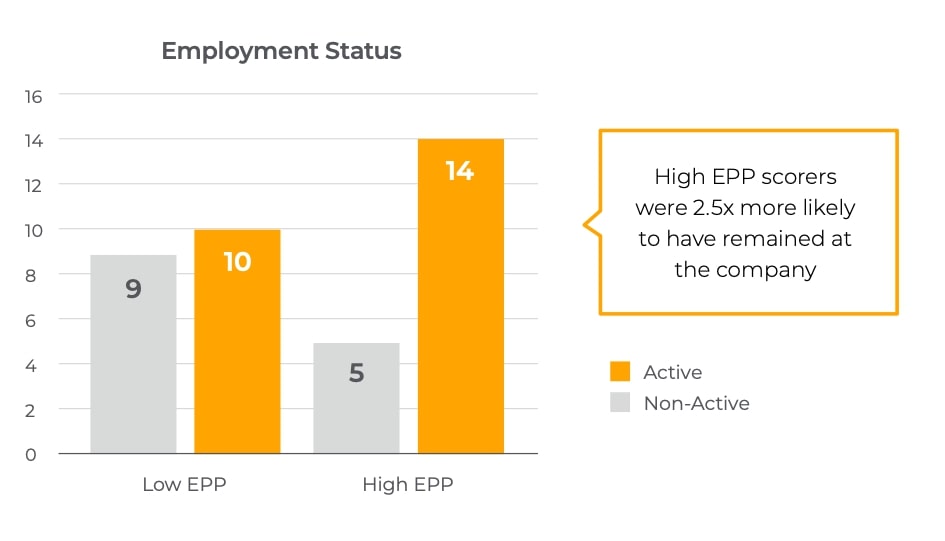